Get fresh music recommendations delivered to your inbox every Friday.
We've updated our Terms of Use. You can review the changes here.

Nordic Giants - Through a Lens Darkly 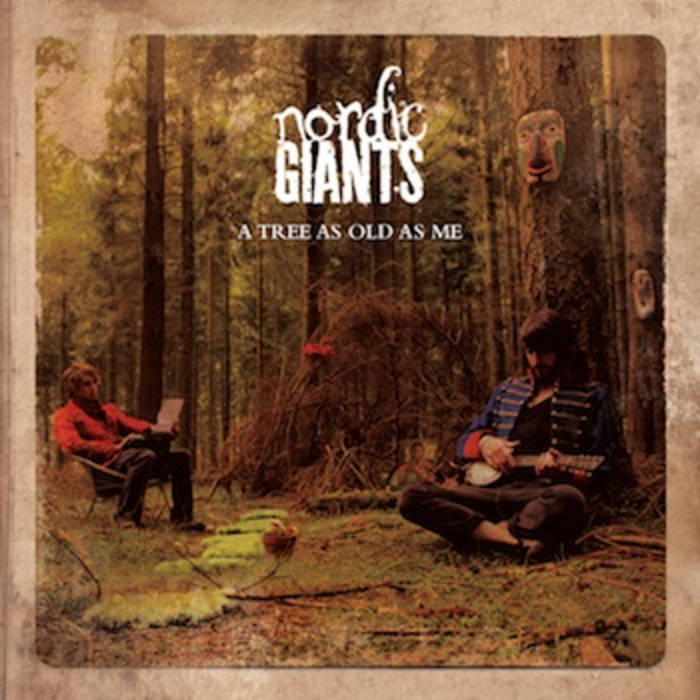 'Through a Lens Darkly' taken from our debut EP 'A Tree as old as me'. Available on iTunes, Spotify and other digital networks.
Self produced video of the track here : www.youtube.com/watch?v=mp_JB7gfieo

Brighton’s post-rock duo – Nordic Giants smashed onto the music scene little over a year ago. Influenced by the likes of Sigur Ros, Massive Attack and Cinematic Orchestra, the band have already shared the stage with Ratatat, Mogwai and headlined The World Premiere of ‘The Blot Symphony’, an inspirational visual art piece created by Ralph Steadman.

Hidden behind feathered masks and effortlessly changing between instruments, the duo performs live original soundtracks to a backdrop of award winning short films (Provided by Shorts International). From dreamy ambient swells, epic builds and huge moments of power to a combination of dark, funny and beautiful short films, which can bring tears, smiles and actually scare you at times. Imagine the visual story telling of a cinema experience mixed with the raw energy and passion of a live gig- and you’ve hit the nail on the head!

The band are mentored & managed by Ciara Nolan, who has previously worked on projects for the likes of David Bowie, Dame Shirley Bassey through to the infamous writer Hunter S.Thompson and has been a huge inspiration to the band.

Nordic Giants debut EP – “A tree as old as me” was release in 210. Independently produced and by the band. This four track CD offers a blend of organic instruments, experimental loops, mixed with an array of featured artists from around the world.

“Seeing Nordic Giants play was one of those rare moments of pure, joyous relief, where you see there are elements of life that can be just perfect. What’s more, that those creating the new, near faultless music could soon very well be about to make it big.”
LM Fosse -Way Magazine

“Truly inspirational, a must see for all music lovers and film buffs” Bram Ttwheam -Aardman Animations

“Nordic Giants are truly a phenomenon. See them and you’ll be forced to create a whole new genre in the musical categories of your head. Hear them and their spellbinding instrumentals will become the soundtrack to your summer.”- Shorts International

...And Stars Collide are a barely-active instrumental rock band from Nottingham, UK.

If you like A Cheery Wave From Stranded Youngsters: UK Post-Rock / Instrumental / Math-Rock (Third Wave), you may also like:

Bandcamp Daily  your guide to the world of Bandcamp

Mille Petrozza stops by to talk about the new Kreator album, plus music by Trauma Bond